Luka Doncic has 38 as Mavericks high Nuggets in OT 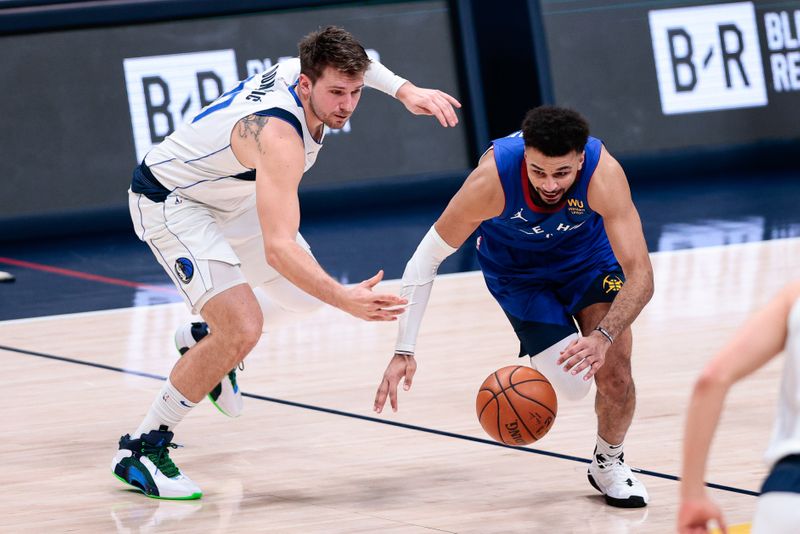 Luka Doncic had 38 points, 13 assists and nine rebounds, Josh Richardson scored five of his 14 points in overtime, and the visiting Dallas Mavericks defeated the Denver Nuggets 124-117 on Thursday night.

Will Barton gave the Nuggets a 112-109 lead 15 seconds overtime with a 3-pointer, but the Mavericks took over from there.

The game was tied at 114 when Richardson hit a short jumper in the lane and then drained a 3-pointer with 1:25 remaining. Denver missed on the other end, Willy Cauley-Stein split a pair of free throws with a minute to play and Jokic hit a 3-pointer as Dallas led 120-117 with 52.2 seconds remaining.

Doncic closed it out with four straight points to give Dallas its second straight victory.

Dallas’ James Johnson opened the fourth quarter with a 3-pointer to give the Mavericks their first lead since late in the first quarter at 79-78, and then put Dallas ahead 83-82 with a mid-range jumper two minutes into the period.

Two free throws by PJ Dozier, a tip-in by Green and Jokic’s banked hook shot gave the Nuggets an 88-86 lead with 8:40 remaining.

Marjanovic tied it with a dunk on Doncic’s 10th assist of the night but layups by Harris and Jokic gave Denver a 96-92 lead with 5:35 to play. The Mavericks scored seven straight points, the last three on a long jumper Maxi Kleber, to take a 101-97 lead with 3:55 remaining.

After a timeout, Jokic hit a foul-line jumper and a long 3-pointer to give the Nuggets the lead again at 102-101 with just over three minutes remaining. Kleber hit another 3-pointer, Jokic and Doncic traded jumpers and Murray tied it at 106 on a 19-foot jumper with 1:59 on the clock.

The teams traded misses and Jokic split a pair of free throws, making it 107-106, and Kleber’s third 3-pointer of the fourth quarter put Dallas up two with 2.4 seconds left. Jokic answered at the horn to send it to overtime.

Disclaimer: Fusion Media would like to remind you that the data contained in this website is not necessarily real-time nor accurate. All CFDs (stocks, indexes, futures) and Forex prices are not provided by exchanges but rather by market makers, and so prices may not be accurate and may differ from the actual market price, meaning prices are indicative and not appropriate for trading purposes. Therefore Fusion Media doesn`t bear any responsibility for any trading losses you might incur as a result of using this data.

Fusion Media or anyone involved with Fusion Media will not accept any liability for loss or damage as a result of reliance on the information including data, quotes, charts and buy/sell signals contained within this website. Please be fully informed regarding the risks and costs associated with trading the financial markets, it is one of the riskiest investment forms possible.

Unemployment claims for self-employed and gig employees fell by 50%. This is why that is deceptive

In the event you aren’t thrilled together with your Medicare Benefit Plan, now’s the time to swap it or drop it

Exchange tokens bounce off key levels of support while COIN…

Peloton’s conflict with the agency over the safety of…

The bipartisan social security plan has met with criticism

The government is asking banks to respond to business…